Let’s look at some changes we are likely to see over the next few decades. My view is that we have a number of waves of change getting ready to erupt on the world stage. The combination of them is what I call the Millennium Wave, the most significant period of change in human history. And one for which most of us are not yet ready.

Some time next year, we are going to see the three-billionth person get access to the telecosm (phones and internet, etc.). By 2015 it will be five billion people. Within ten years, most of the world will be able to access cheap (I mean really cheap) high-speed wireless broadband at connection rates that dwarf what we now have.

That is going to unleash a wave of creativity and new business that will be staggering. That heretofore hidden genius in Mumbai or Vladivostok or Kisangani will now have the ability to bring his ideas, talent, and energy to change the world in ways we can hardly imagine. When Isaac Watts was inventing the steam engine, there were a handful of engineers who could work with him. Now we throw a staggering number of scientists and engineers at trivial problems, let alone the really big ones.

And because of the internet, the advances of one person soon become known and built upon in a giant dance of collaboration. It is because of this giant dance, this unplanned group effort, that we will all figure out how to make advances in so many ways. (Of course, that is hugely disruptive to businesses that don’t adapt.)

Ever-faster change is what is happening in medicine. None of us in 2030 will want to go back to 2010, which will then seem as barbaric and antiquated as, say, 1975. Within a few years, it will be hard to keep up with the number of human trials of gene therapy and stem cell research. Sadly for the US, most of the tests will be done outside of our borders, but we will still benefit from the results.

I spend some spare study time on stem cell research. It fascinates me. We are now very close to being able to start with your skin cells and grow you a new liver (or whatever). Muscular dystrophy? There are reasons to be very encouraged.

Alzheimer’s disease requires somewhere between 5-7% of total US health-care costs. Defeat that and a large part of our health-care budget is fixed. And it will be first stopped and then cured. Same thing with cancers and all sorts of inflammatory diseases. There is reason to think a company may have found a generic cure for the common flu virus.

A whole new industry is getting ready to be born. And with it new jobs and investment opportunities.

Energy problems? Are we running out of oil? My bet is that in less than 20 years we won’t care. We will be driving electric cars that are far superior to what we have today in every way, from power sources that are not oil-based.

For whatever reason, I seem to run into people who are working on new forms of energy. They are literally working in their garages on novel new ways to produce electric power; and my venture-capital MIT PhD friend says they are for real when I introduce them. And if I know of a handful, there are undoubtably thousands of such people. Not to mention well-funded corporations and startups looking to be the next new thing. Will one or more make it? My bet is that more than one will. We will find ourselves with whole new industries as we rebuild our power grids, not to mention what this will mean for the emerging markets.

What about nanotech? Robotics? Artificial intelligence? Virtual reality? There are whole new industries that are waiting to be born. In 1980 there were few who saw the rise of personal computers, and even fewer who envisioned the internet. Mapping the human genome? Which we can now do for an individual for a few thousand dollars? There are hundreds of new businesses that couldn’t even exist just 20 years ago.

I am not sure where the new jobs will come from, but they will. Just as they did in 1975.

There is, however, one more reason I am optimistic. Sitting around the dinner table, I looked at my kids. I have seven kids, five of whom are adopted. I have two Korean twins, two black kids, a blond, a (sometimes) brunette, and a redhead. They range in age from 15 to 32. It is a rather unique family. My oldest black son is married to a white girl and my middle white son is with a black girl. They both have given me grandsons this year (shades of Obama!). One of my Korean daughters is married to a white young man, and the other is dating an Hispanic. And the oldest (Tiffani) is due with my first granddaughter in less than a month.

And the interesting thing? None of them think any of that is unusual. They accept it as normal. And when I am with their friends, they also see the world in a far different manner than my generation. (That is not to say the trash talk cannot get rather rough at the Mauldin household at times.)

I find great cause for optimism in that. I am not saying we are in a post-racial world. We are not. Every white man in America should have a black son. It would open your eyes to a world we do not normally see. But it is better, far better, than the world I grew up in. And it is getting still better.

My boys play online video games with kids from all over the world. And the kids from around the world get on the internet and see a much wider world than just their local neighborhoods.

Twenty years ago China was seen as a huge military threat. Now we are worried about them not buying our bonds and becoming an economic power. Niall Ferguson writes about “Chimerica” as two countries joined together in an increasingly tight bond. In 20 years, will Iran be our new best friend? I think it might be, and in much less time than that, as an increasingly young and frustrated population demands change, just as they did 30 years ago. Will it be a smooth transition? Highly unlikely. But it will happen, I think.

I look at my kids and their friends. Are they struggling? Sure. They can’t get enough hours, enough salaries, the jobs they want. They now have kids and mortgages. And dreams. Lots of dreams. That is cause for great optimism. It is when the dreams die that it is time to turn pessimistic.

I believe the world of my kids is going to be a far better world in 20 years. Will China and the emerging world be relatively better off? Probably, but who cares? Do I really begrudge the fact that someone is making their part of the world better? In absolute terms, none of my kids will want to come back to 2009, and neither will I. Most of the doom and gloom types (and they seem to be legion) project a straight-line linear future. They see no progress beyond that in their own small worlds. If you go back to 1975 and assume a linear future, the projections were not all that good. Today you can easily come up with a less-than-rosy future if you make the assumption that things in 20 years will roughly look the same as now. But that also assumes there will not be even more billions of people who now have the opportunity to dream up their own psychic income and work to make it happen.

We live in a world of accelerating change. Things are changing at an ever-increasing pace. The world is not linear, it is curved. And we may be at the beginning of the elbow of that curve. If you assume a linear world, you are going to make less-than-optimal choices about your future, whether it is in your job or investments or life in general.

In the end, life is what you make of it. With all our struggles, as we sat around the table, our family was content, just like 100 million families around the country. Are there those who are in dire distress? Homeless? Sick? Of course, and that is tragic for each of them. And those of us who are fortunate need to help those who are not.

We live in the most exciting times in human history. We are on the verge of remarkable changes in so many areas of our world. Yes, some of them are not going to be fun. I see the problems probably more clearly than most.

But am I going to just stop and say, “What’s the use? The Fed is going to make a mess of things. The government is going to run us into debts to big too deal with? We are all getting older, and the stock market is going to crash?”

Even the most diehard bear among us is thinking of ways to improve his personal lot, even if it is only to buy more gold and guns. We all think we can figure it out or at least try to do so. Some of us will get it right and others sadly will not. But it is the collective individual struggles for our own versions of psychic income, the dance of massive collaboration on a scale the world has never witnessed, that will make our world a better place in the next 20 years.

All that being said, while I am an optimist, I am a cautious and hopefully realistic optimist. I do not think the stock market compounds at 10% a year from today’s valuations. I rather doubt the Fed will figure the exact and perfect path in removing its quantitative easing. I doubt we will pursue a path of rational fiscal discipline in 2010 or sadly even by 2012, although I pray we do. I expect my taxes to be much higher in a few years.

But thankfully, I am not limited to only investing in the broad stock market. I have choices. I can be patient and wait for valuations to come my way. I can look for new opportunities. I can plan to make the tax burden as efficient as possible, and try and insulate myself from the volatility that is almost surely in our future – and maybe even figure out a way to prosper from it.

A pessimist never gets in the game. A wild-eyed optimist will suffer the slings and arrows of boom and inevitable bust. Cautious optimism is the correct and most rewarding path. And that, I hope, is what you see when you read my weekly thoughts.

You can read more of John’s article here.

John Mauldin is a multiple NYT Best Selling author and recognized financial expert. He has been heard on CNBC, Bloomberg and many radio shows across the country. He is the editor of the highly acclaimed, free weekly economic and investment e-letter that goes to over 1 million subscribers each week. You can sign up here. 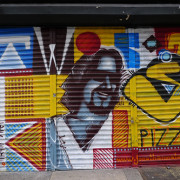 Why I Am Optimistic About the Future
1 reply

Worldwide 2020 Schedule for our LIVE Programs:

Keep an eye on our Global Expansion to Cambodia / Thailand / India in 2020!